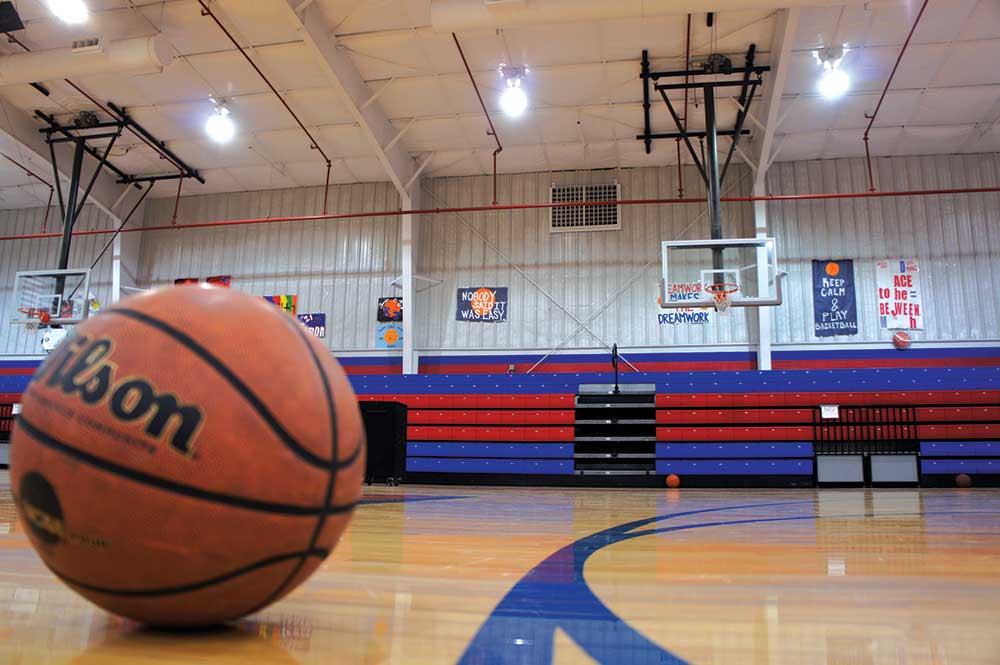 The principal also remarked how quiet the Johnson System was, an acoustical analysis was recently completed and the Johnson Air-Rotation Systems registered 65 db in the space. A 65 db sound pressure at 3 feet is equal to human speech at conversation levels.

The outdoor mounted Johnson Air-Rotation System also worked perfectly despite the fact the gym had bleachers on both sides of the basketball court.

Another major benefit of the Johnson System was the ability to bring in cold, fresh air during the winter to cool the hot gym down during games and large events. After installation a surprised Scott Wilkerson, the High School Principal, said, “You look at the little open-ing and you think, that’s not going to be able to cool this gym down, but boy does it work.”